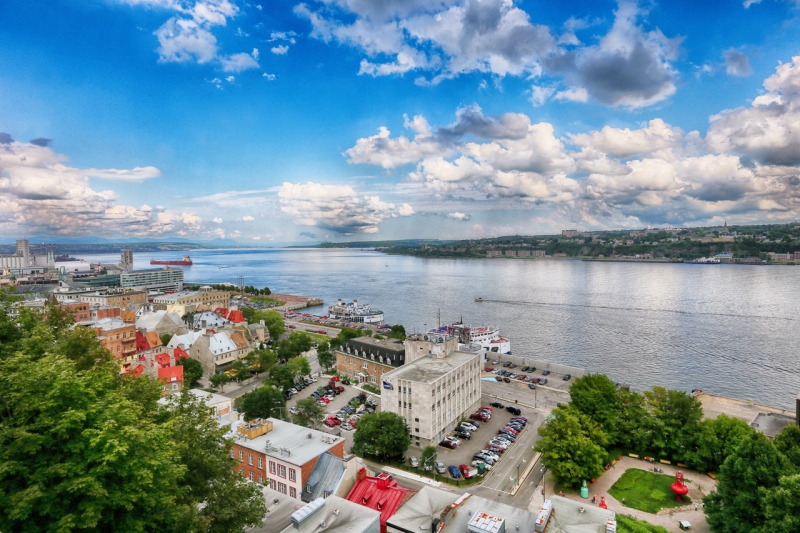 Québec City is one of the oldest cities in North America. Its culture is as unforgettably rich as the structures and history surrounding it. Quebec City's Old Town is a World Heritage Site, selected for being the only North American fortified city north of Mexico whose walls still exist. The city and its surrounding areas have a distinct European feel, unique to North America; attractive stone buildings and winding streets are lined with a selection of shops and restaurants.

Quebec City is internationally known for its Winter Carnival and Carnaval de Quebec. It is also known for the Château Frontenac and the nearby Notre-Dame de Québec Cathedral. The famous hotel is also near Terrasse Dufferin (Dufferin Terrace), a walkway along the edge of the cliff, offering beautiful views of the Saint Lawrence River.

One enters the city through its "gates". Porte St-Louis (St. Louis Gate) and Porte St-Jean (St. Jean Gate) are the main gates through the walls from the modern section of downtown. Many attractions are east of these walls in Vieux-Québec and Place Royale. West of the walls, are the Colline-Parlementaire district and the Plaines d'Abraham. The Haute-Ville is linked by the Escalier ("neck-breaker" steps) and the Old Quebec Funicular to the Basse-Ville, which includes such sites as the ancient Notre Dame des Victoires church, the historic Petit Champlain district and the port.

The unforgettable Musée de la Civilisation (Museum of Civilization) and Musée national des beaux-arts du Québec (National Museum of Fine Arts), are both must see destinations and the chief of Parliament, the National Assembly of Quebec are also found within or near Vieux-Québec.Other nearby attractions include the city are Montmorency Falls and the Basilica of Sainte-Anne-de-Beaupré in the town of Beaupré.

Venture to these breath taking sites and explore the many faces of Quebec City’s culture, its festivals, authentic restaurants and more.

Find a hotel in Quebec City, Quebec
Tweet
Published in Canada
More in this category: « Montreal, Quebec Lake Louise, Alberta »
back to top