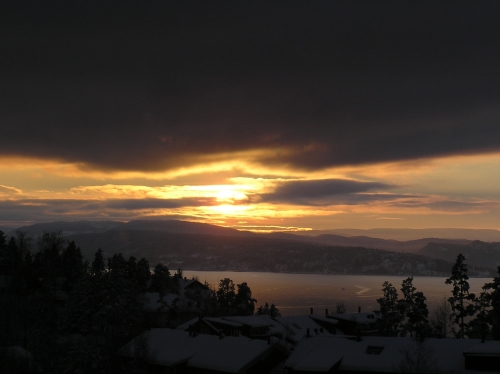 Oslo is the economic and governmental centre of Norway and hub of Norwegian trade, banking, industry and shipping. It is an important centre for maritime industries and maritime trade in Europe. The city is home to many companies some of the world's largest shipping companies in the world. Oslo has been listed as one of the most expensive cities in the world but is has also been ranked number one in terms of quality of life among European large cities and one of the fastest growing cities in the world.

Three groups of people have played an important role in the history of Norway; The Sami, the Vikings and the Olympians. The Sami are the indigenous people of Norway and have lived in northern Scandinavia for over 10,000 years. Known for their colorful clothes and the huge herds of reindeer they look after and are often featured as the "face of Norway". The Vikings have a bad reputation as raiders, but they were also traders, explorers and settlers, and the legacy from the Viking Age (AD 800-1050) lives on. Norway’s success in the Winter Olympics is unrivalled, and the country has a total of 303 medals (107 gold, 106 silver and 90 bronze) to its tally.

Oslo is home to many tourist attractions. Vigelandsparken Sculpture Park features 212 sculptures by Gustav Vigeland and attracts over one million visitors each year. The Viking Ship Museum in which the world's two best-preserved Viking ships from the 9th century are on display as well as Viking tools, sledges, a horse cart and wood carvings is a "must see" as well as The Fram Museum which houses the world's most famous polar ship, Fram.

The famous Holemenkollen Ski Jump is a state-of-the-art ski jump and features the world's oldest Ski Museum and an observation deck with panoramic views of the city. The Akershus Fortress is a popular recreational area with great harbor views with Oslo's history on display in the buildings and museums. TusenFryd is Norway's biggest amusement park and features over 30 attractions, including several roller coasters, children's rides and a water park.

The Natural History Museum houses the Botanical Garden, the Mineralogical-Geological Museum and the Zoological Museum in separate museums. Surrounding the museums is the Botanical Garden, with 7,500 plant species from around the world. Norwegian Museum of Science, Technology and Medicine features over 20 permanent and temporary exhibitions are on display and is popular with children.

The Norwegian Opera & Ballet features The marble and glass building in Bjørvika features award-winning architecture and world-class opera and ballet performances. It is open to the public, and walking on the roof is a popular activity. The National gallery with Munch is home to Norway's largest public collection of paintings, drawings and sculptures.

Find a hotel in Oslo, Norway
Tweet
Published in Europe
More in this category: « Amsterdam, Netherlands Lisbon, Portugal »
back to top