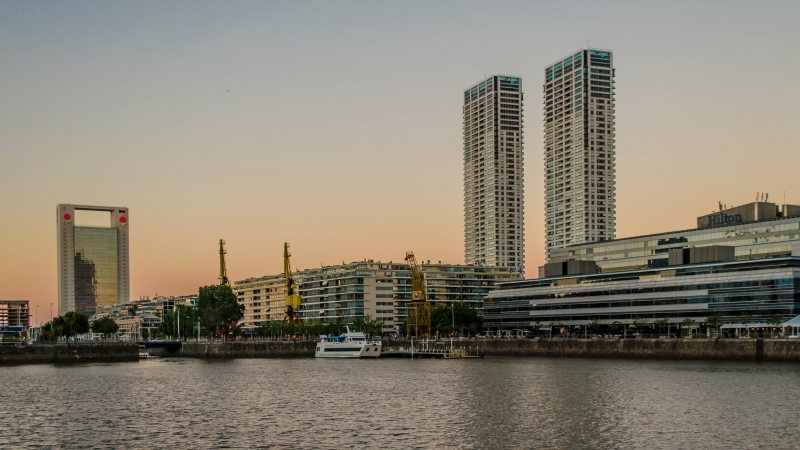 Strongly influenced by European Culture, Buenos Aires is sometimes referred to as the "Paris of South America", for its soaring architecture and "the city of books" due to its hundreds of bookstores, public libraries and cultural associations. The Buenos Aires International Book Fair is celebrated as one of the top five book fairs in the world.

Culturally, the city has the busiest live theater industry in Latin America, with scores of theaters and productions. It is the site of the Teatro Colon, an internationally rated opera house and several symphony orchestras and choral societies. Buenos Aires is also very active in street art, with major murals everywhere in the city.

The city has numerous museums related to history, fine arts, modern arts, decorative arts, popular arts, sacred art, arts and crafts, theatre and popular music, as well as churches and places of worship of many denominations, many of which are architecturally noteworthy.

The "to do" list includes experiencing: Milongas, the best, most classic, and inexpensive way to see real tango danced by real people. A visit to Recoleta Cemetery is replete with design details, messages of the occult, mysterious legends and passionate characters. Feria de Mataderos is celebrated with traditional handicrafts, artistic festivals, gaucho shows, lectures, games and regional food. Museo Nacional de Bellas Artes houses the best collection of European paintings in South America. Museo Evita Museum is housed in an early 20th-century mansion in Palermo and is dedicated to the late Argentine first lady Eva Perón, displaying photos, articles and many of her own possessions.

A Day trip to El Tigre is perfect on a sunny day. Tigre, a laid-back weekend escape on an island in the Paraná River Delta, where you can stroll tree-lined walkways along the water, far away from the city bustle. Visit the naval museum, which has a collection of model ships, dine by the riverside, and rent a boat and cruise the private canals. Take a train or bus, or rent a car to get there.

Find a hotel in Buenos Aires, Argentina
Tweet
Published in South America
More in this category: Rio de Janeiro, Brazil »
back to top