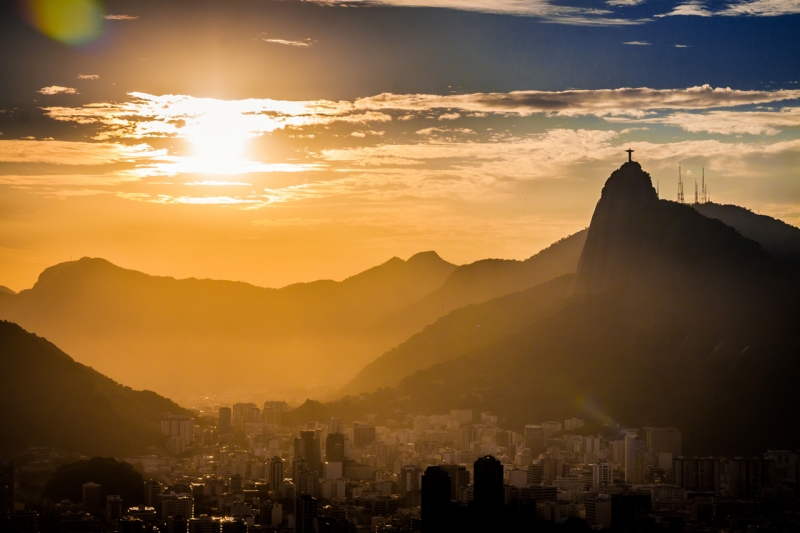 Rio is famous for its breathtaking landscape, its laidback beach culture and its annual carnival celebration. Its harbor's geographic features make it one of the Seven Natural Wonders of the World.

Rio celebrates Carnival like no other and is still the greatest reason for visiting. Carnival lasts for almost two weeks and it is well known for the samba schools that parade in Centro, on a gigantic structure called Sambadrome. There are now hundreds of these street "samba blocks", that parade almost in every neighborhood, especially in Centro and the South Zone, gathering thousands of people.

Rio is also known for its most important musical genres: samba, choro, and bossa nova. This music abounds in the many inexpensive nightlife options in the downtown district of Lapa, where you will see some of the best musicians of the country.

Rio will gain greater prominence on the world's stage as it will host many of the 2014 FIFA World Cup games, including the final game and the 2016 Summer Olympic Games and Paralympics, becoming the first South American city to host the Summer Olympics.

Beaches such as Copacabana and Ipanema, the Christ The Redeemer statue, the stadium of Maracanã and Sugar Loaf Mountain are all well-known sights of what the inhabitants call the "marvelous city" and are also among the first images to pop up in travelers´ minds, along with the Carnaval celebration. The South Zone holds most of Rio's landmarks and world-famous beaches. Many of them are within walking distance of each other. Most hotels and resorts are located in this part of the city.

Things To Do Near Rio de Janeiro, Brazil

More in this category: « Buenos Aires, Argentina Sao Paulo, Brazil »
back to top